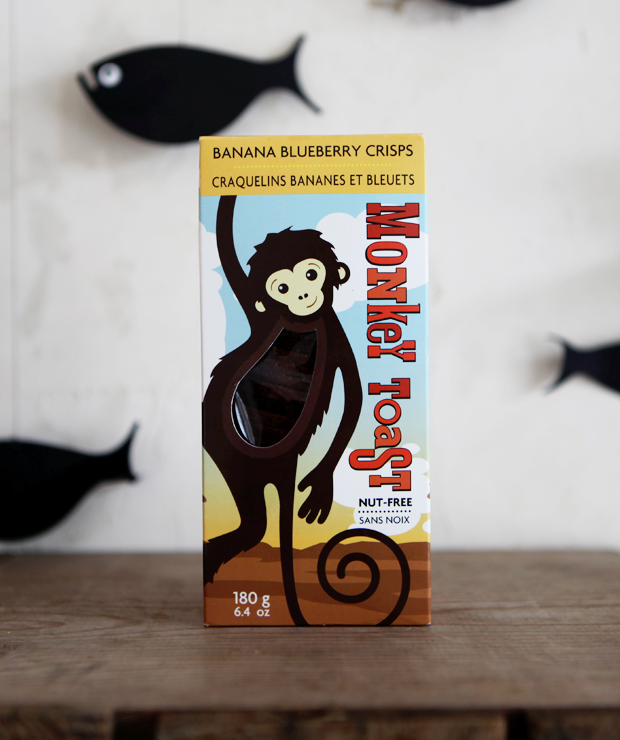 I was first introduced to Monkey Toast, a fruit-based and flavoursome snack, by Lola. She handed me one out of the the box she was eating from. I accepted the treat she offered graciously. It was a cute moment, and showed that she now understood, at least to some degree, the concept of sharing and camaraderie. I was pleasantly surprised after biting into the cracker, and I asked Janaki where she had found them; she said that they're a new product at Marché.

Monkey Toast are made with 100% organic whole wheat flour and organic cane sugar. They are also nut-free and dairy-free, attractive features as they can be a scrumptious and healthy option for children and even parents with allergies. I can personally attest to them being nice for grown-ups, having enjoyed them the first time, and I now look around for an open box whenever at the shop.